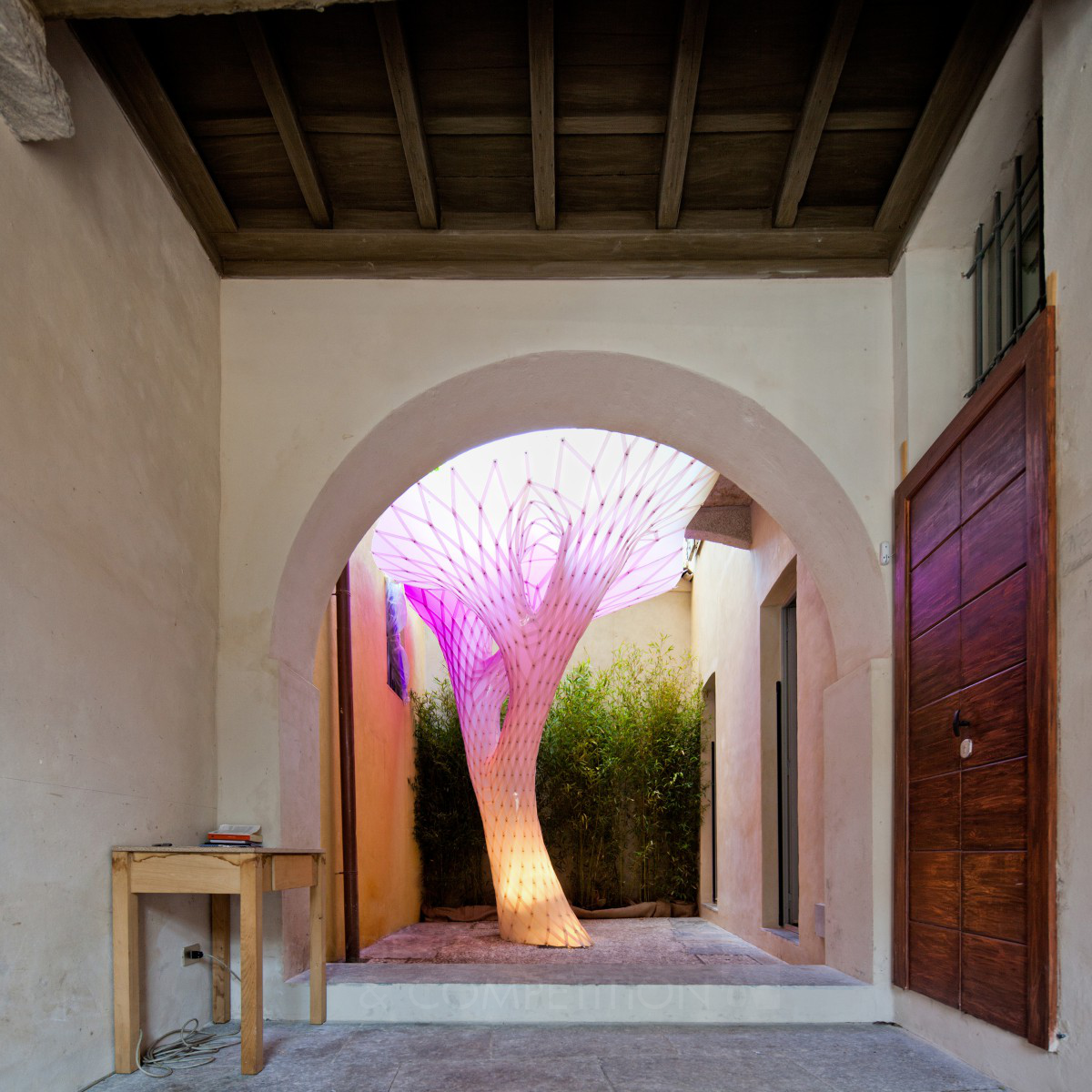 Or2 is a single surface roof structure which reacts to sunlight. The polygonal segments of the surface react to ultra-violet light, mapping the position and intensity of solar rays. When in the shade, the segments of Or2 are translucent white. However when hit by sunlight they become coloured, flooding the space below with different hues of light. During the day Or2 becomes a shading device passively controlling the space below it. At night Or2 transforms into an enormous chandelier, disseminating light which has been collected by integrated photovoltaic cells during the day. 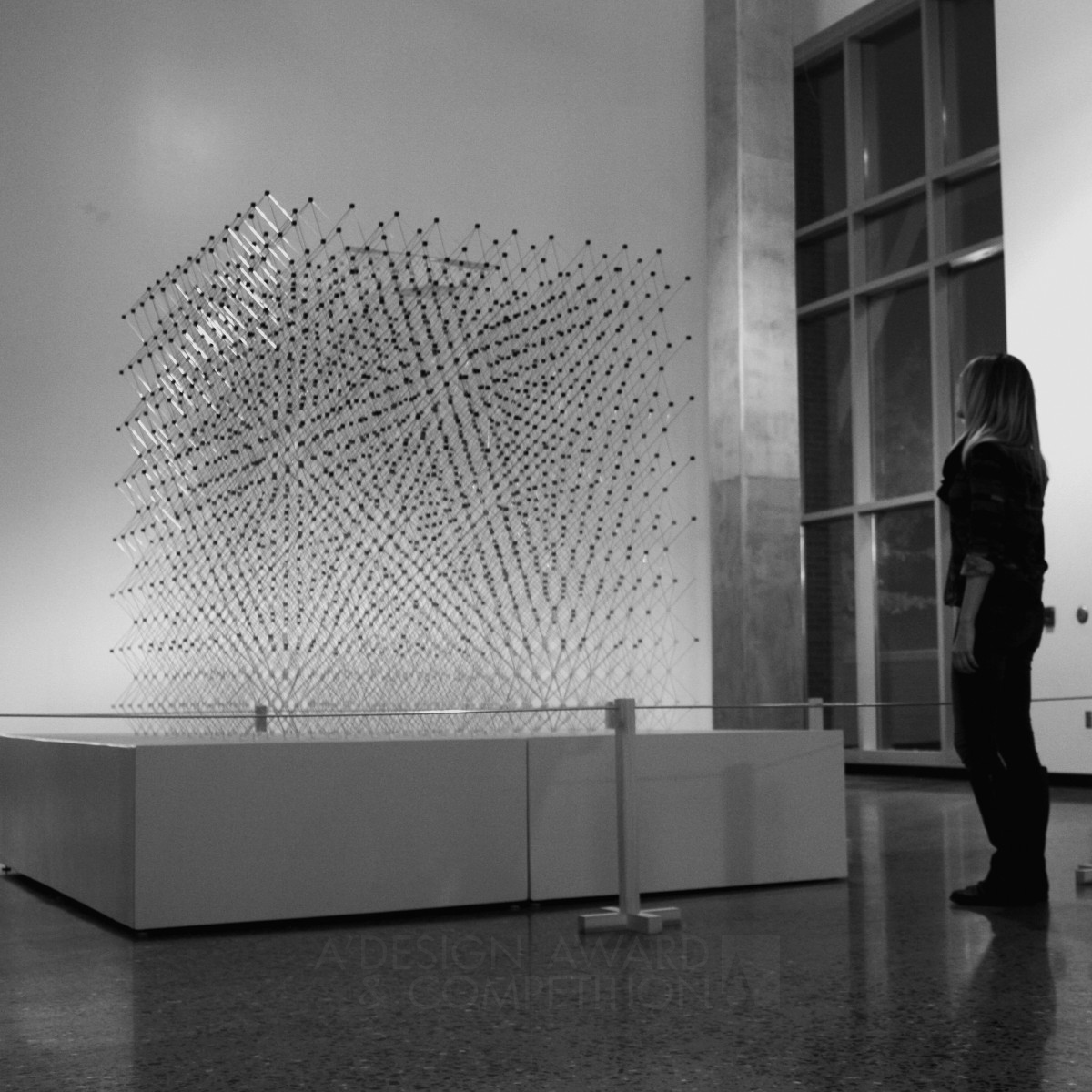 Opx2 is an optic installation that explores a symbiotic relationship between nature and technology. A relationship where patterns, repetition, and rhythm describe both natural formations and operations of computing processes. The installations reclusive geometry, momentary opacity and/or density are similar to the phenomenon of driving by a cornfield or explained in technology while looking at binary code. Opx2 builds complex geometry and challenges ones perception of volume and space. 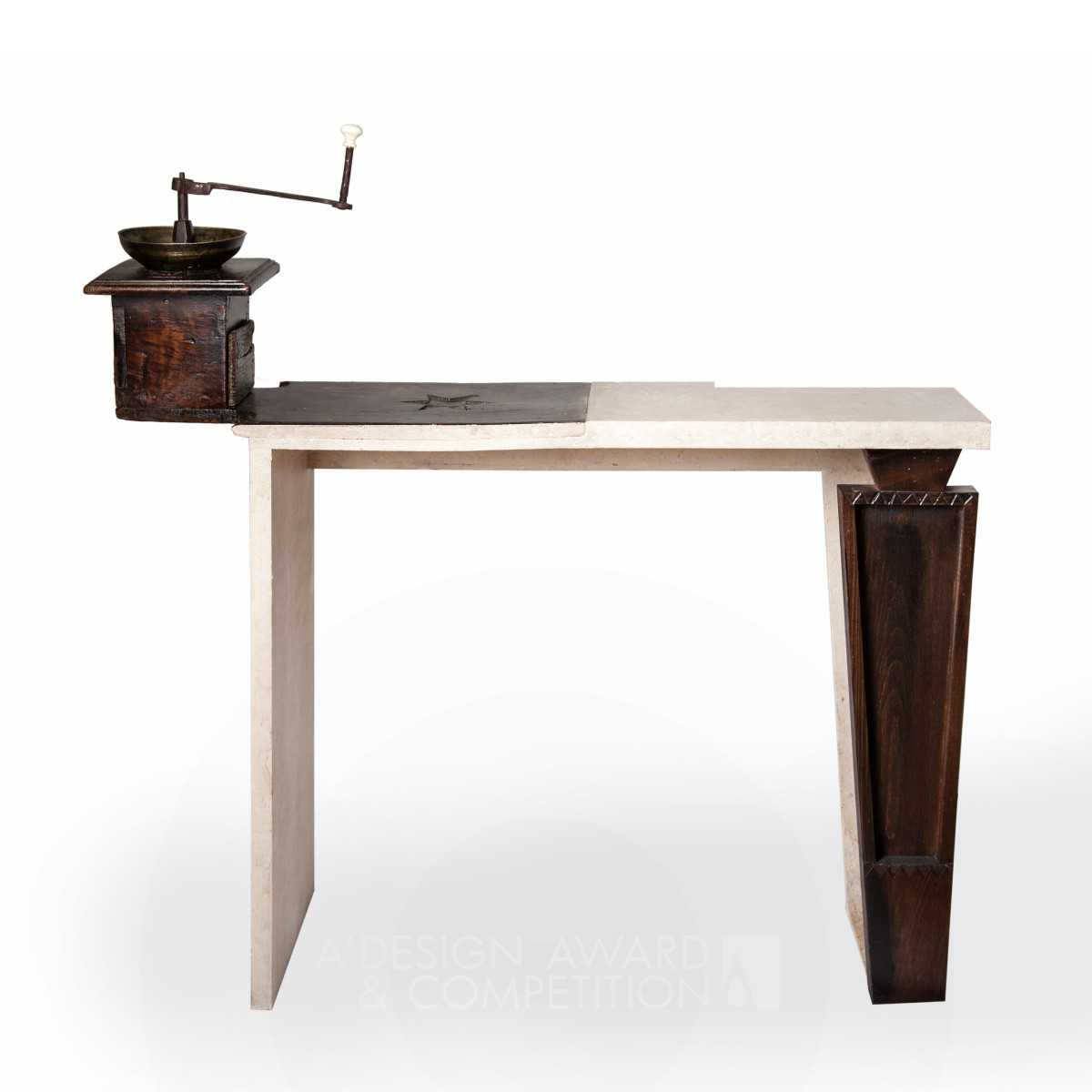 A unique console made of painted wood with stone finish, showcasing an old authentic coffee grinder which goes back to the ottoman period. A Jordanian coffee cooler(Mabrada) was reproduced and sculpted to stand as one of the legs on the opposite side of the console where the grinder sits, creating a fascinating piece for a foyer or living room. 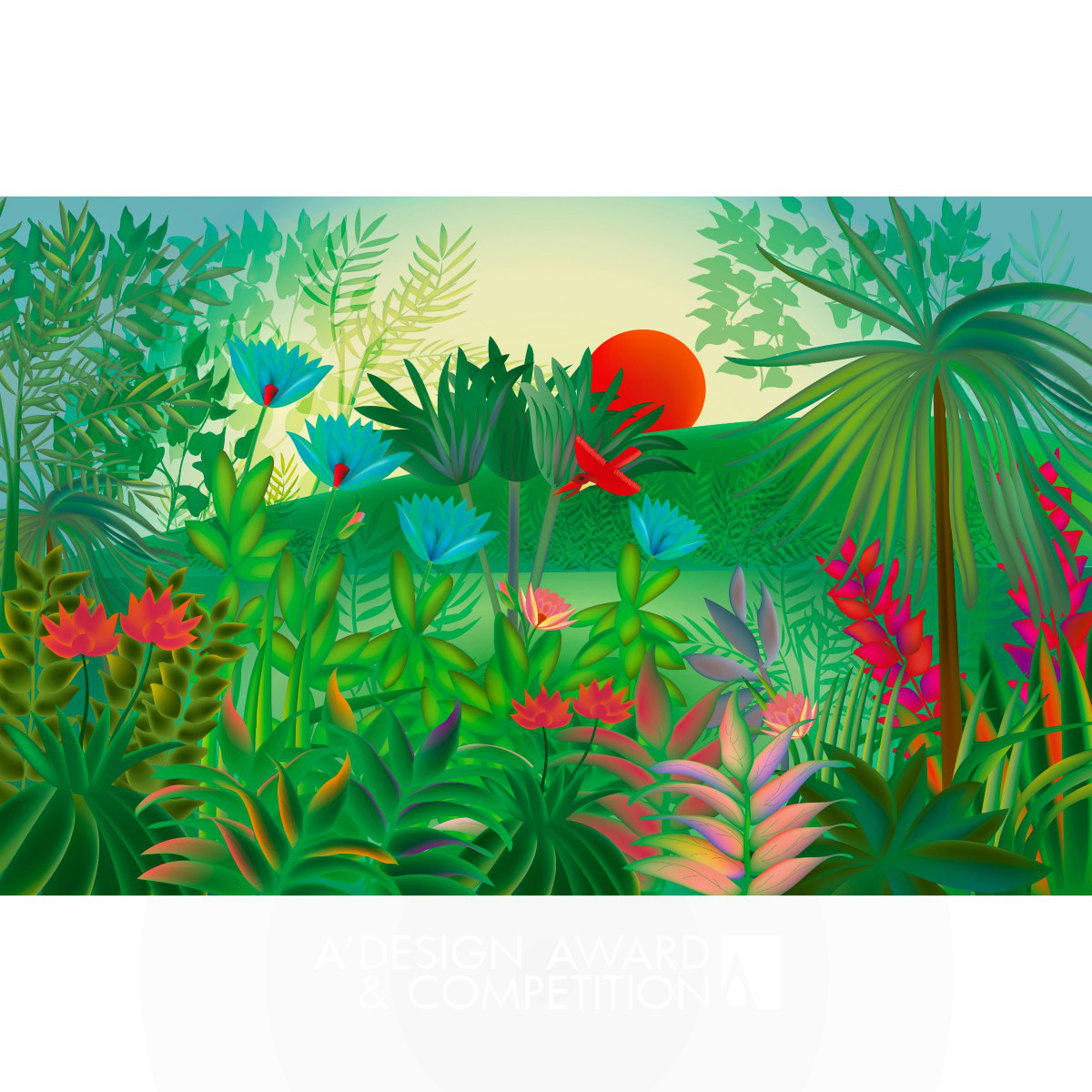 Loving nature is an art project relating to love, enjoyment and respect for nature. On each painting Gabriela Delgado places emphasis in the color, carefully choosing the items that blend harmoniously to achieve a lush but simple finish. The research and the genuine love she has for design gives her an intuitive ability to create vibrant colored pieces with spot elements ranging from the fantastic to the ingenuous. Her culture and personal experiences also play an important role, since they shape the compositions into unique visual narratives. 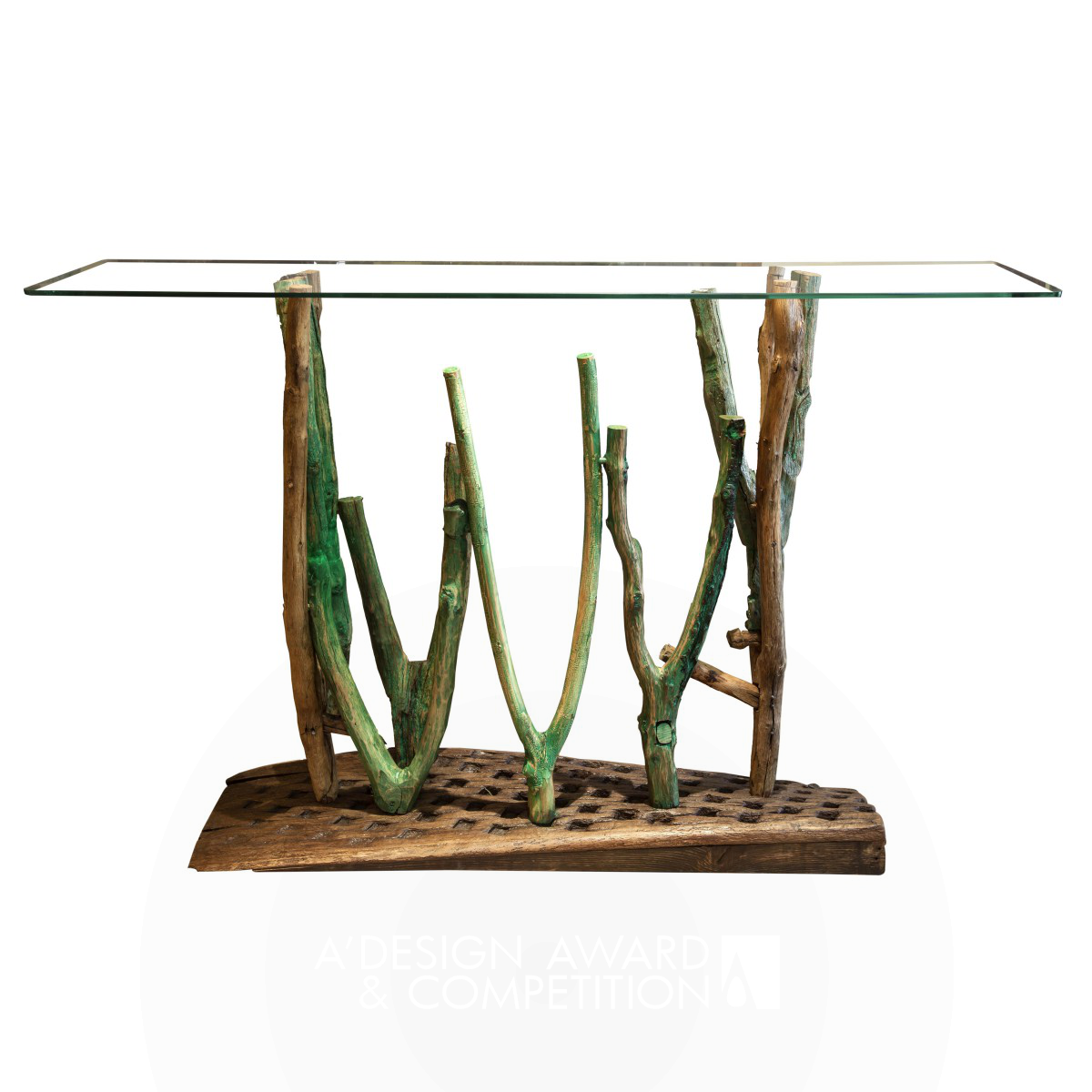 Qadem Hooks is an art piece with a console function inspired by nature. It is composed of different painted green old hooks, which were used together with the Qadem (an old wooden mule's saddle back) for transporting wheat from one village to another.The hooks are attached to an old Wheat Thresher Board,as a base and finished with a glass panel on top. 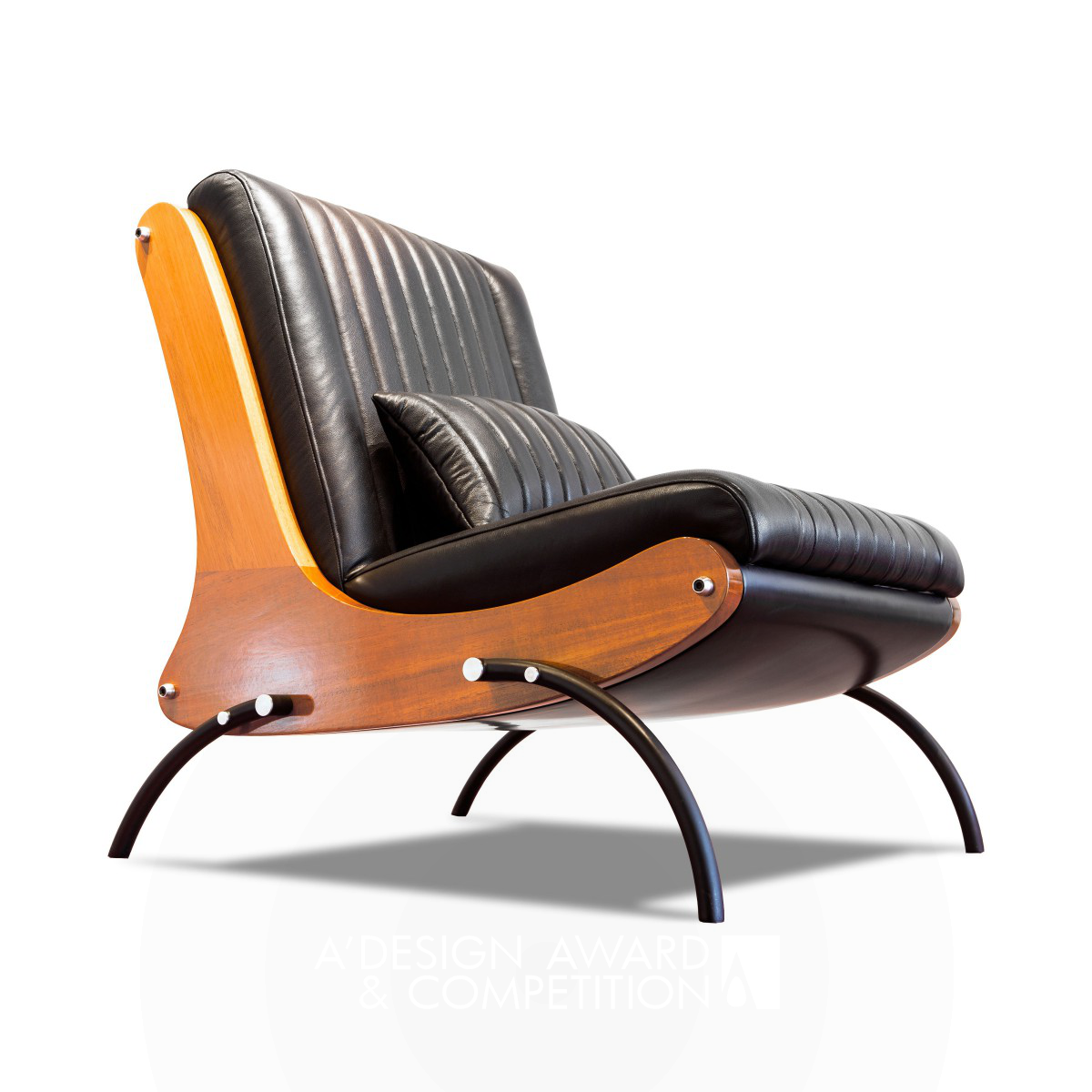 KSD-1 is a modern classic lounge chair whose design was based on vintage racecars. The composition is constructed as a vintage race car, where the main part is the chassis (to which a body and accessories are attached). The chair´s main aesthetics is the body shape, which can be materially customized to the client’s preference. The standard materials are paint-coated sheet metal and satin finished wood panels. The upholstery follows traditional racing patterns from early racecars. 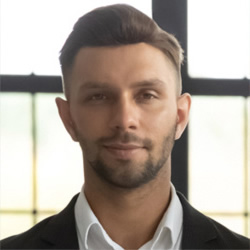